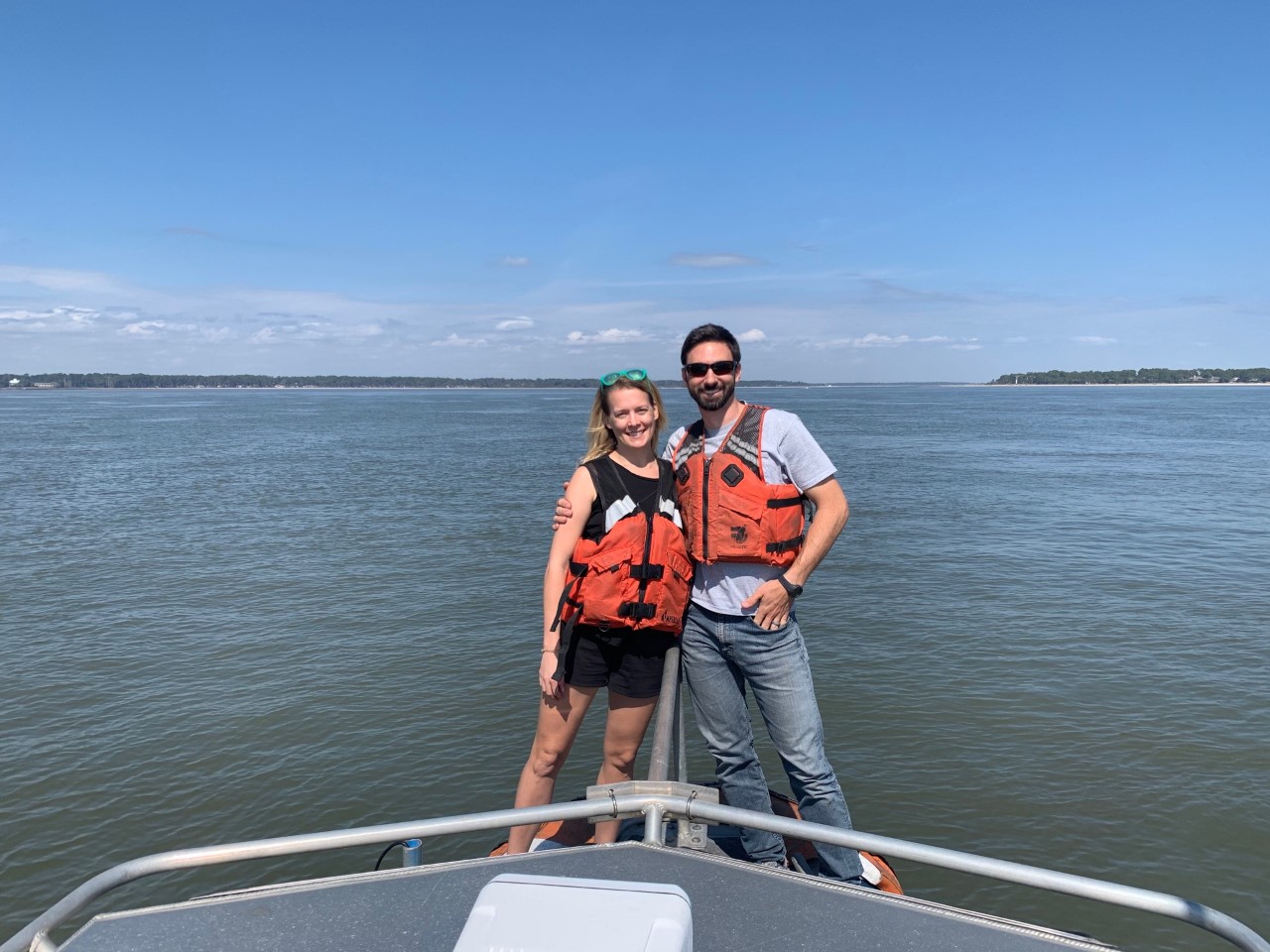 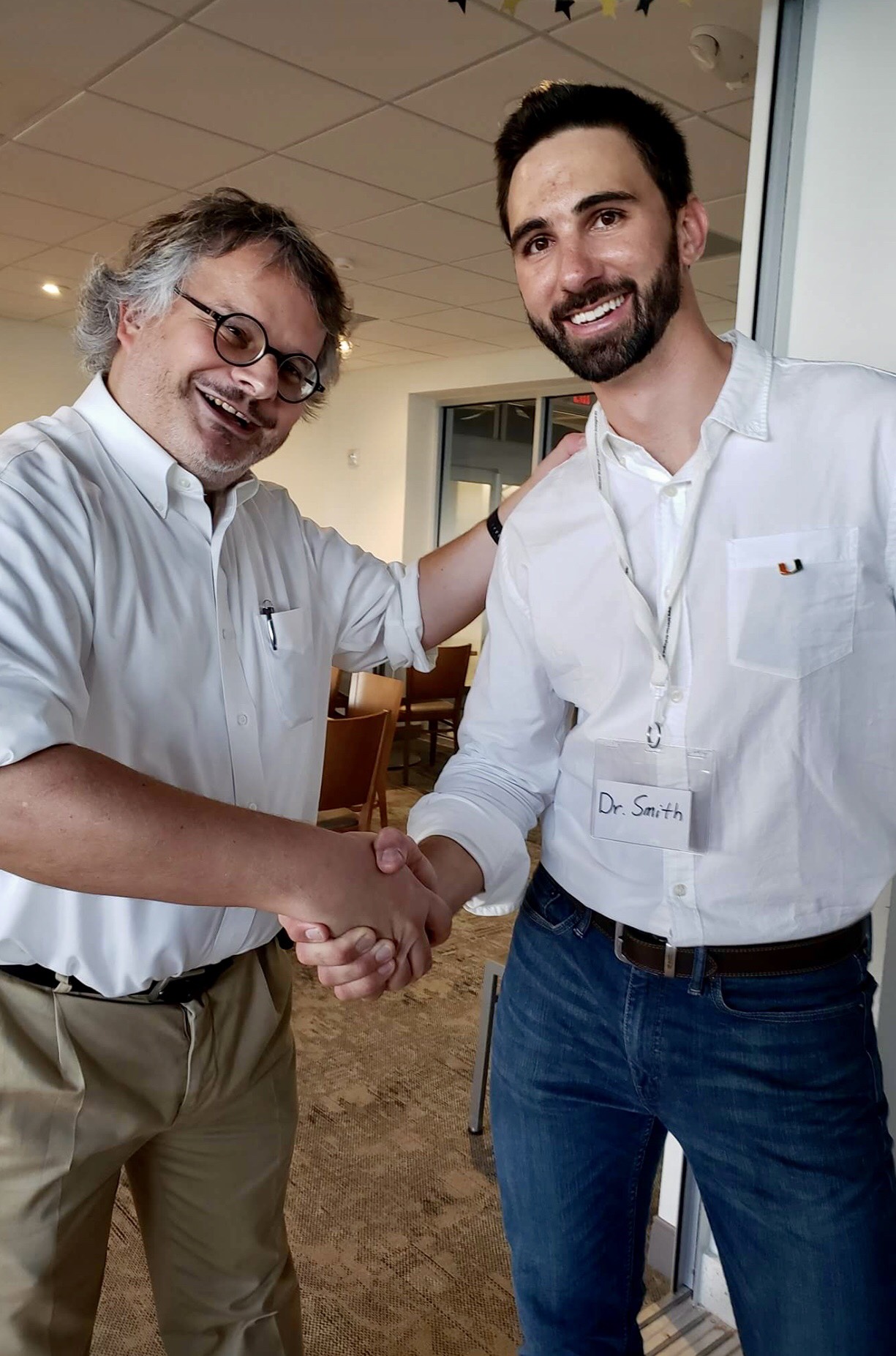 Time in Larsen Lab: 2010-2011
Basic Project Description: Conor was one of my first research students after starting at the College of Charleston. Conor's main work in the lab was toward making a raindrop simulator -- a device to try to generate realistic-sized raindrops to use to calibrate disdrometers. (I still hope to resurrect his setup at some point after we're established back in the new(old) science building).

Conor defended his Ph.D. in September 2018. He's been good about keeping me up to date on what's been going on in his life, but I've been bad updating it here. He lived on a sailboat for 8 years, but now rents a house in Jacksonville, FL. He works for Arc Surveying and Mapping, running Single and Multibeam sonar, sidescan sonar, and magnetometer surveys of the ocean. He also recently got married.
updated: 8 August 2021